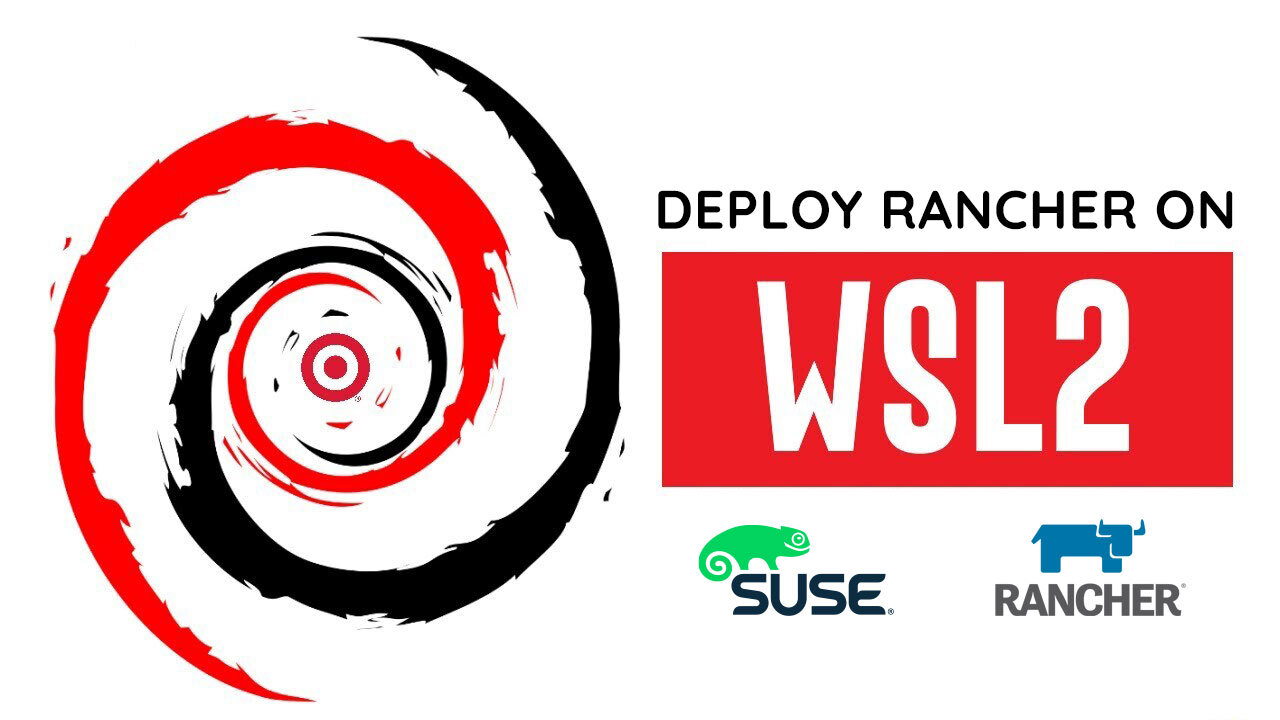 Before diving into what WSL2 is, how to install it, and how to use it, I would like to add some background information.

Like many of you, I love Linux and its ecosystem but it seems to me that Microsoft does a very good job on its OS and, for some reason, I always end up coming back to it. The ideal thing would be to have the best of both worlds: I’ve tried dual boot, virtualization, but none felt like a full experience, until Microsoft announced WSL.

WSL stands for Windows Subsystem for Linux, which was nothing more than a compatibility layer for native Linux environments within Windows: “This is what I’ve been waiting for, everything I need without losing compatibility”.

Unfortunately WSL, although very useful, had several shortcomings: all the executions were interpreted, there was no access to all the hardware of the machine, the overall performance was quite poor, etc. In 2019 they announced WSL2, which would no longer be interpreted, it would have the entire native Linux kernel and would be running on Windows at full performance. It seems that having everything I needed is now becoming a reality. It’s not perfect, that’s for sure, but it’s impressive how well it works.

Why WSL2 and not a Linux distro?

“It depends”, that’s the answer. Many of you, due to company policies, will not be able to change the OS of your computer or will be stuck with Windows for using the Office suite or other tools, or even because you feel more comfortable on Windows rather than Linux: I prefer to virtualize Linux on Windows rather than the other way around, so WSL2 has given me the almost perfect solution for my daily tasks (in this case for Docker, K3s and Rancher).

Is very simple, but let’s go step by step. 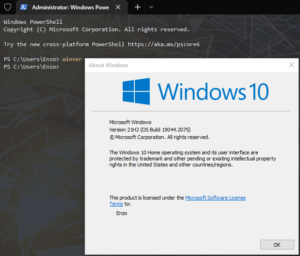 Prerequisite: check if your Windows version is able to use WSL2 (you must have Windows 10 version 2004 or higher). Open a Command Prompt (from now cmd) or a Windows PowerShell (from now PS) as administrator typing winver and pressing enter (from now we’ll assume that all commands we execute below must be launched with administrator privileges).

It will show you a screen like this, where you will see Windows 10 version.

If you comply with the correct Windows version, let’s get to work. If not, it is time to go update Windows.

Step 1: Enable WSL on your system

Open a PS (or cmd) terminal again and execute:

You will see a message similar to: 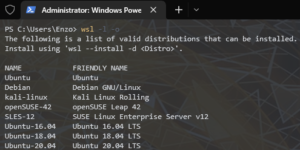 As suggested, now install the distro:

The previous command will download the chosen distro and install it. At the end of the installation a window will be opened as in the screenshot below: 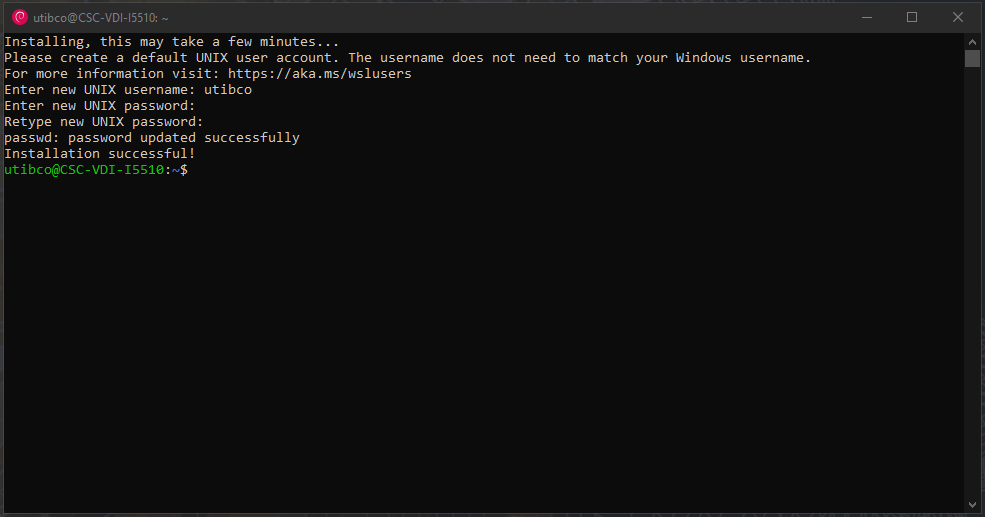 Now enter your username and twice your password and That’s All! Your new linux distro is up, running and ready to use!

Feel free to use the previous window, PS or cmd as your linux terminal (I’ll use the first one).

With these simple steps you will have Debian installed within Windows with its kernel at 100% and you can run all the tools you need, such as Docker natively directly in the Linux kernel (something that before with HyperV was not working for me and that WSL1 did not support).

Installing K3s Lightweight Kubernetes. Easy to install, half the memory, all in a binary of less than 100 MB.

You can find what’s K3s in details at following URL https://docs.k3s.io/ and what’s Kubernetes (K8s) at https://kubernetes.io/.

Step 4: Verify that cluster is up and running

Open another instance of the WS2 VM and run:

Helm is the best way to find, share, and use software built for Kubernetes. More about at following URL: https://helm.sh/

Add the resulting IP addresst to your Windows host hostname located in C:\Windows\System32\drivers\etc, replacing the name after the IP with your configured <your_wsl2vm_hostname> 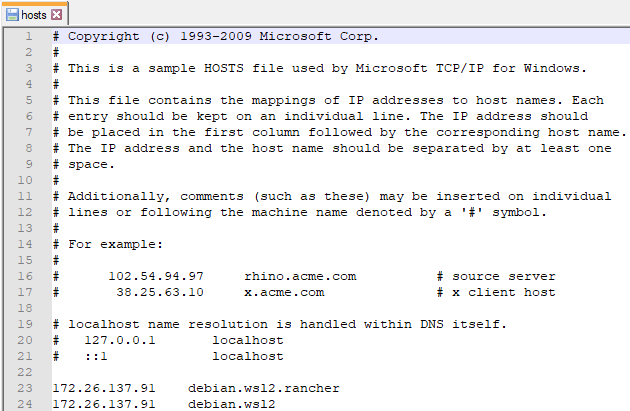 Now open your favourite browser and navigate to https://<your_wsl2vm_hostname>/ (https://debian.wsl2.rancher/ in my case). You’ll reach the Rancher welcome page where you must type the configured bootstrap passowd and….. 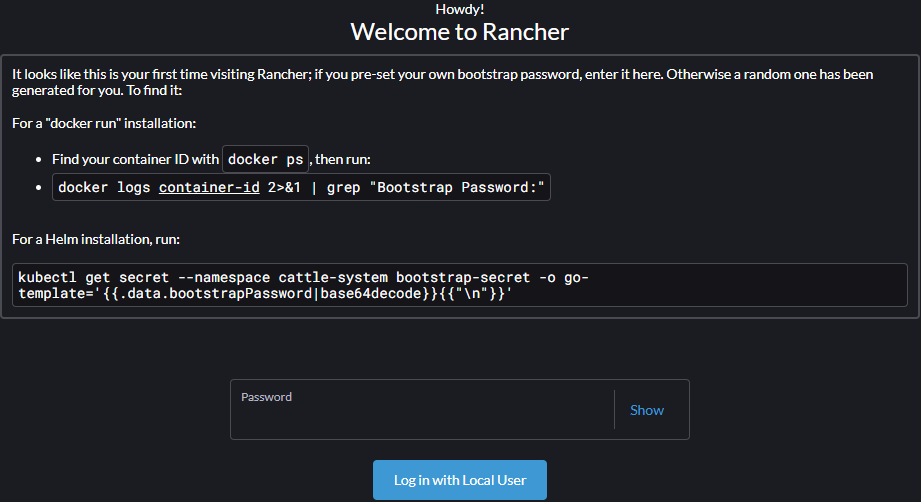 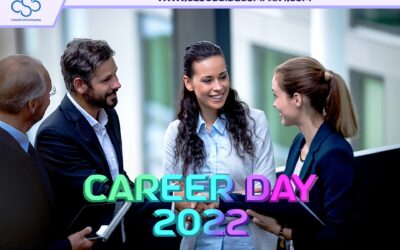 CLOUD SIDE COMPANY AT CAREER DAY 2022

Cloud Side Company CSC Informatica will be at the Career Day 2022! Career Day is the main opportunity for companies, institutions, young students and recent graduates from all subject areas of the University of Sannio to meet. The organisation includes an exhibition... 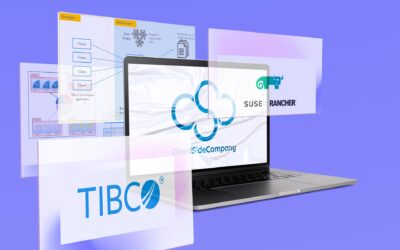 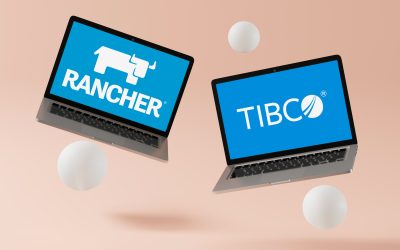 "From datacenter to cloud to edge, Rancher lets you deliver Kubernetes-as-a-Service." (cit) In this short guide you will see how to deploy a recent version of TIBCO API Management to an existing SUSE Rancher Cluster, using the official TIBCO guide and making the...

Manage Cookie Consent
To provide the best experiences, we use technologies like cookies to store and/or access device information. Consenting to these technologies will allow us to process data such as browsing behavior or unique IDs on this site. Not consenting or withdrawing consent, may adversely affect certain features and functions.
Manage options Manage services Manage vendors Read more about these purposes
View preferences
{title} {title} {title}